main  /  news  /  Traffic safety on the railway was discussed in Almaty 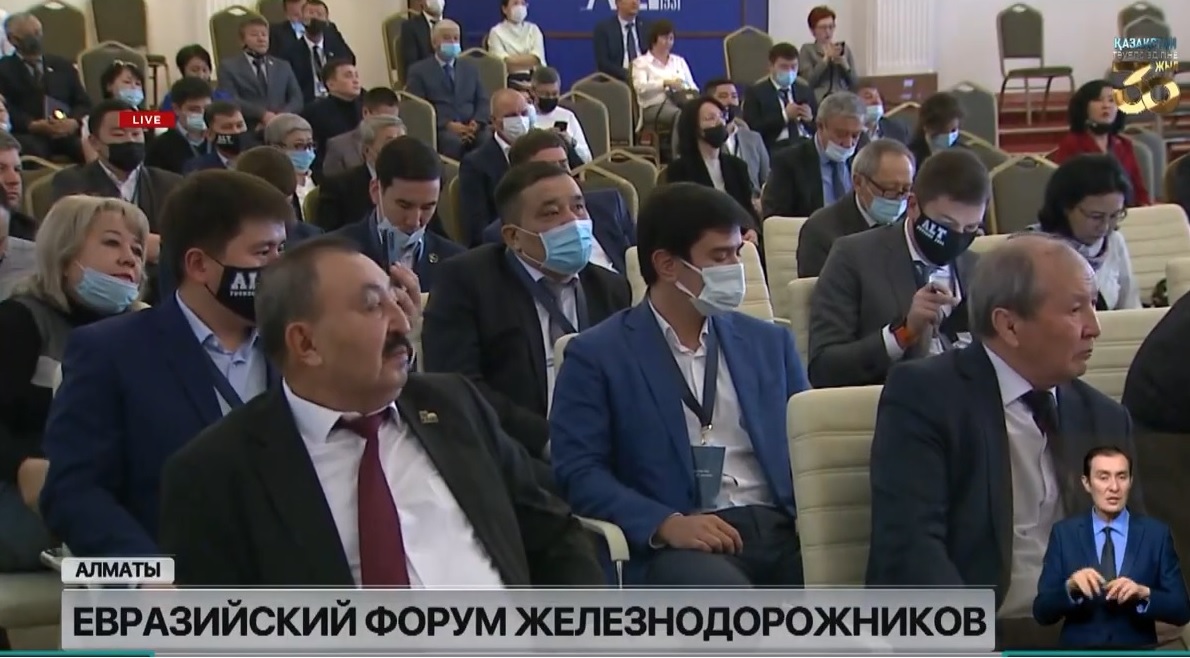 Traffic safety on the railway was discussed in Almaty

On November 25 and 26, 2021, the International Congress “INNOVATIVE TECHNOLOGIES IN LOGISTICS, TRANSPORT and EDUCATION” was held at the Academy of Logistics and Transport in Almaty, within the framework of which the Eurasian Forum on Security and Digitalization in Railway Transport was held.

The event was organized by JSC “NC “KTZ”, JSC “Transtelecom” and the Academy of Logistics and Transport. Representatives of state bodies, railway administration, scientific and expert communities, educational institutions and project organizations of Central Asian and CIS countries gathered at the platform for constructive dialogue.

The participants discussed issues of digitalization and automation of processes aimed at ensuring the safety of train traffic, measures to reduce accidents during transportation.

According to Marat Shakenov, Director of Traffic Safety of JSC NC KTZ, digital development and introduction of innovations at infrastructure facilities and rolling stock contributes to reducing the risk of safety violations in railway transport.

Among the reasons affecting traffic safety, Marat Shakenov named collisions with strangers, traffic accidents at railway crossings, the imposition of foreign objects on the path, adverse weather conditions.
Special attention of the exhibition visitors and forum participants was paid to the presented locomotive security system of the new, digital generation “BORT” developed by Transtelesoft.

The system is designed to ensure the safety of movement of all types of rolling stock operated on railway sections equipped with both automatic locomotive signaling devices ALSN and for sections equipped with semi-automatic locking. The digital platform makes it possible to integrate into one complex such additional functions as an auto-driving system, video recording of events in the work of the driver and the interaction of the train with infrastructure facilities with reference to time and track coordinates.

The report of the General Director of Transtelesoft LLC Evgeny Belousov presented the advantages of modern solutions implemented in the Republic of Kazakhstan and the prospects for their effective application on the railways of the CIS countries.

In general, over the years of operation of JSC NC KTZ, there has been a positive trend in most traffic safety indicators. Since the beginning of this year, the total number of violations by the company has been reduced by 17.5 percent.

“The reduction was achieved through automation of safety management systems, a risk-based approach to preventing violations and improving the level of traffic safety culture“, – said Marat Shakenov.